Pleasanton is a city in Alameda County, in the state of California. Like many municipalities in California, Pleasanton’s story is steeped with various chapters of changes and development – from the early settlement by the Native Americans to its present-day suburban status.

Located in the Amador-Livermore Valley, Pleasanton was once inhabited by the Ohlone people over 5,000 years ago, when the area was replete with wetlands that supported an abundant diversity of plant and animal life.

The Europeans arrived and discovered the area during the mid-18th century, but it was not until the early 19th century when a Spaniard named Jose Amador bought the first settlement to the valley that later bore his name. The Spanish settlers introduced agriculture and raised vast herds of cattle. As a result, the Ohlone Indians became farm laborers and cowboys, whose jobs included overseeing the ranch and reducing most of the wildlife. Following the establishment of Mission San Jose in the southern portion of the area, the valley soon transformed into land for grazing.

Before the establishment of Pleasanton in the mid-19th century, the earlier settlement in the area used to be called Alisal. It was located on one of the main routes to the gold mines that provided access and refuge for hundreds of fortune-seekers during the California Gold Rush. The first white settler was Augustine Bernal in 1850.

In 1851, John W. Kottinger arrived in the area. He gave it the name “Pleasanton” after Alfred Pleasonton, who was a distinguished Civil War general. It became “Pleasanton” instead of “Pleasonton” due to a spelling error committed by a local recording clerk.

Many places in California benefitted greatly from the arrival of the trans-national railroads, and Pleasanton was no exception. It grew and prospered into a town due to the construction of the historic first Transcontinental Railroad.

Pleasanton was incorporated on June 18, 1894. By the turn of the century, it had become a thriving community, boasting a local bank, a hop-growing company, a vineyard, and three fancy hotels. Downtown Pleasanton turned into the center of business and community events.

The city remained largely agricultural until World War II. It provided temporary refuge for the valiant soldiers. Post-war development followed, spurred by the explosive growth of the San Francisco Bay Area. The advent of new technology in the Bay Area, along with other growth of other commercial fields, further drove Pleasanton’s economic boom. Things came to a turning point when the city’s first business park, the 850-acre Hacienda Business Park, was opened. As a result, Pleasanton became the home of the corporate titans, and since then the city has never looked back.

Pleasanton is a picture of dramatic progress. From its early days as a home to the Ohlone Indians, it has gone a long way. It has experienced a lot of transitions – as a homestead for the Spanish settlers, as a vast agricultural area, and as a bedroom community.

Today, Pleasanton is a thriving city. The headquarters of several companies like PeopleSoft (owned by Oracle Corporation), Documentum, Thoratec, E-Loan, Ross Stones, Spreckels Sugar Company, and many others, are currently located in Pleasanton. It is also home to excellent schools, a public library, a major shopping mall, archery clubs, several shopping centers, business parks, retail centers, and a lot more.

Pleasanton’s “main street” is a charming, lively, and vibrant downtown area which is the center of the city’s communal activity. Visitors, as well as locals, can experience the best of the city’s historic character. You can also find excellent fine-dining and shopping choices. Downtown Pleasanton is where all the events are held, from the Holiday Parade to the Summer Concerts in the Park. The local farmers’ market is also located in the heart of downtown Pleasanton and opens every Saturday.

If you need professional painting services to protect and beautify your homes or businesses in Pleasanton, you can rely on Custom Painting Inc. It has been servicing clients in Pleasanton and throughout the Bay Area since it opened its doors in 1982.

Whether you want exterior of your home to be painted, or you need to renovate your entire commercial property to attract more customers, turn to the best painting contractors in Pleasanton. Custom Painting Inc.’s years of experience and quality work ensure that your interior or exterior painting needs will be met accordingly. 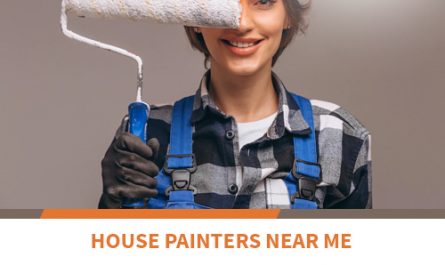 House Painters Near Me: Saving on House Painting Costs

Do You Know About Pleasanton, California? 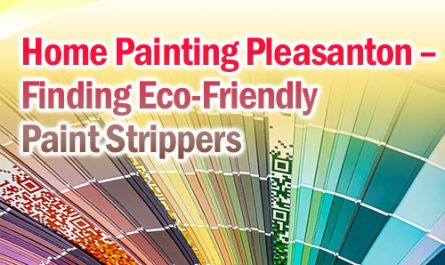 House Painters Near Me: Saving on House Painting Costs

Things to Know Prior to Hiring Painting Contractors Near Me

House Painting Walnut Creek – Colors to Avoid in the Nursery